nothing but the radio on 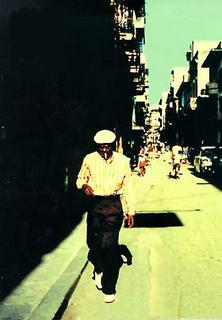 Thank you for the music

I think this has been a rather funny little day.

According to some dudes on flickr, it did snow for a bit in the CBD, but only a few flakes at ground level.

Whatever it was, it even almost SMELT like Europe. Almost. It still smelt Melbourne. But more Europe than usual.

I'm listening to Dave Koz's Nothing But The Radio on repeat, just like I've been doing for the past hour.

It brings back happy-sad times, sitting in a car on borrowed time. Always the same old story.

"Don't take me home. I don't want to go home yet" I would plead, even though it would be 2am. and he would smile gently back at me. "What do you want to do?" "Anything."

More often than not, he took me around Singapore. Its night sights, and around the new things that had sprung up during the year. "WHAT THE HELL IS THAT?!" I once exclaimed at the new glass building that encased a train station that most certainly wasn't there only 10 months ago.

He would laugh. Tell me what it was. What the Singapore situation was. The news, the happenings.

Sometimes, we would just drive. Drive into the dead 2am night, oblivious to the tropical air outside so full of salt and trees and the smell of rain we could both sense. Drive down empty highways as the streetlights swished past, so closely spaced that there never was that dichotomy of darkness and light. A softly orange-lit scene of tree-lined empty streets and highways that stretched on and on and on.

More often than not, it would also be raining. And so, with teardrops on the window screen, we drove. and Class 95 would be playing. And that cheesy voice would always intone. "and this is Simon, the Captain of Your Heart on Class 95FM" in a faux foreign sounding accent in a faux sexy low drawl with faux sympathy dripping from every sine-cosine sound wave at the lovelorn, the heartbroken, the in-love.

but the songs, you could not fault. Late night 95 was sexy, mushy easy-listening catered to the tropical breeze, the heavy salty air, the gentle rustle of your hair. The gentle lapping of waves on man-made beaches. all shroud in a softly-lit warm orange glow. For the lovelorn, the heartbroken, the in-love. The romantics, and the odd stressed up-all-night student who needed soothing music as they studied. A reprieve from a discussion of the thermodynamics of hell as described in the bible, or the human rights legislation that no one knew of.

And it was to this soundtrack that the two of us would drive along empty streets, on borrowed time. A ticking time bomb, as I helped to tarnish the soul, make him a little older, a little harder. Though he wouldn't know it till later.

I agee with your post. Hey check this out--You're Going To LOVE This Site. Visit this Free Software Downloads Site!

Princeton vs. the bloggers
Some students and others thought it was a good way to save trees and money , not to mention orthopedic bills later in life.
Greetings, I had the opportunity to visit your blog. I found it very interesting

that's it, I'm only gonna give you happy songs from now on. Like Pink Panther Theme.