I was going to post it all in a nice accessible photoshopped thing, then got too lazy. So here's the first of the fallout. Enjoy. 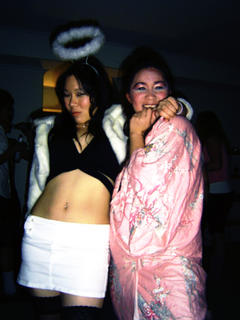 The fallen angel and the Thai prostitute.
Her killer line?

had everyone rolling around the room in tears. 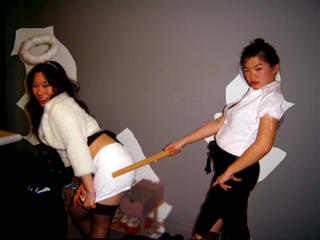 We are bad. Very bad
While Gerri greeted everybody at the door with

"and have you been behaving lately?" 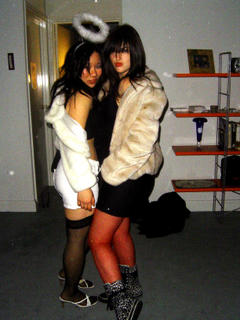 and the crack whore?
was far too stoned to do anything but look glamourous as only Hollywood crack whores can, and stand there, pouting...pausing long enough only to exclaim
"all the furries should take photos together!"

we also had
Special guest star? Bill Clinton made an appearance.

did someone abuse a cigar at the party?????

Oh wow you look really hot! And you say you're fat! :P

Han: but you say that to every girl.

offkilter: we absued SEVERAL. although it must be said, at the P party a few years ago, we had a much better Bill (with attached Monica)

Chalyz: oh but baby, I don't want to blow everyone's cover esp since I have no permission to plaster pics all over the net. AND. it may not be work-safe in stuffy SG despite zero nudity!